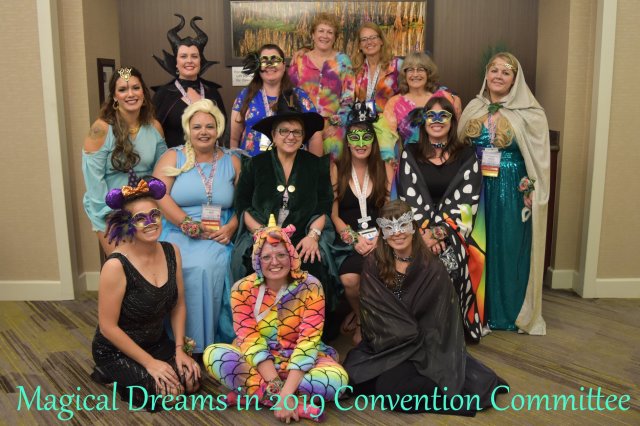 The 39th annual Florida Organization of Mothers of Twins Clubs (FOMOTC) convention will be especially memorable for Space Coast Mothers of Multiples members, as it was the first time many of them were part of the hosting club! The dedication of the convention co-chairs over the course of the past year led to a successful weekend in many ways. From the costumed registration volunteers handing out gorgeous lanyards to the variety of entertaining workshops to the largest Buy, Show, Sell in recent organizational memory, it would be difficult to pinpoint the highest point of convention.

Throughout the process of planning this FOMOTC convention, committee members learned a great deal about working together, and many reached out to family and friends far and wide to bring little details that will be remembered for years to come. It’s not every year that twins make up half of the color guard on Saturday mornings, that attendees are able to take a centerpiece from both the luncheon and the banquet, that multiple graphics were created for shirts, and that registrants receives jewelry as part of their swag.

Space Coast Mothers of Multiples proudly had nearly half of its members attend the convention, and also was successful in increasing the total number of attendees from across the state by nearly 20% over the past three years. The club fondly sends the 2020 committee best wishes in their planning, and looks forward to a more relaxing weekend next October.