Space Coast Mothers of Multiples had a fall full of fun activities! They started something new with playdates – while they continue to host two local ones each month (recent ones included Spyglass Park, Suntree Rotary Park, the Brevard Zoo, and the Enchanted Forest), they are also trying to do one destination playdate each month to support MoMs in trying out new activities surrounded by the support of others. Adventures so far are to the Orlando Science Center in October and the kid’s museum area of District Play in Oviedo in November.

They are also now hosting a monthly “Lift-Off Meeting” at a member’s home on a weekday morning. This is a time of encouragement where members and their multiples are welcome to come and express their concerns and offer support to one another in a safe space.

Fall is a busy time for the club’s family events, and the club hosted both a field trip to Partin Ranch in Kenansville as well as a theater rental of Frozen 2 on opening weekend. Every seat in the house was sold, much like just a few months ago when Toy Story 4 opened! Additionally, a group of members and their families casually met up for the local Boo at the Zoo event.

SCMOM also did a couples’ night to try out a new ax-throwing location in town, as well as hosted a Halloween craft night where moms made origami-esque bookmarks. 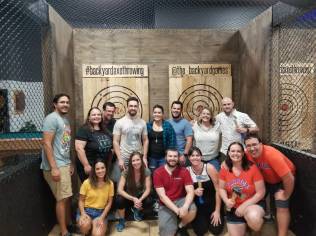 Additionally, several members met at a local brewery for a Friends-themed trivia night, and a group went to EPCOT’s Food & Wine Festival for the second year in a row, again having custom t-shirts made. A game night also brought great fun with a holiday appetizer potluck, and a paint-a-pot night with holiday-themed pottery was also a hit. 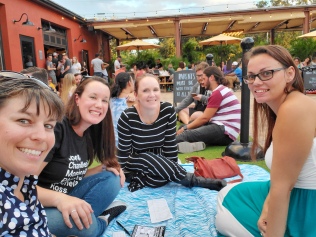 Lastly, the club  hosted its fifth annual online shopping fundraiser, this year with 19 participating vendors, over 100 shoppers in the group, and a new goal: raising money to start preparing packages for new mothers of multiples in the local hospital’s mother-baby unit.