Note: a report on the business of the 59th Multiples of America Convention will be posted following its presentation at the SCMoM general meeting on Thursday, August 15th. Both reports were written by delegate Amy K. Bredemeyer.

Flying into Reagan and getting to the convention hotel was very straightforward, even with buses substituting for the metro. That was only the first of several reasons why it was a fantastic location for the convention – other highlights included being a 7-minute Uber from the waterfront, a block or two from the (free!) trolley stop, a wonderful free breakfast including made-to-order omelets, an included happy hour, and spacious rooms giving a wonderful sleeping environment. I flew in Tuesday afternoon, and after unpacking headed off for some adventure.

I took the King Street Trolley down to the waterfront, spent an hour touring the Torpedo Factory Art Center (even witnessing some of the artisans working), then hopped on the “baseball boat” for a forty-minute cruise up the Potomac to the Nationals Stadium. Being a huge fan of live baseball, I had a great time, despite being alone. I used the app to pick out what I wanted to eat, headed straight there after getting through the strict security check, and was in my seat just a skosh after the first pitch. The game had peaks and valleys (well, I mean, the opponent was the Rockies, after all), but the bottom of the seventh was particularly exciting, with several great plays and even the completion of a “cycle” for Turner. [if you didn’t know, a cycle happens when a player hits a single, double, triple, and homerun in the same game, but not necessarily in that order.] 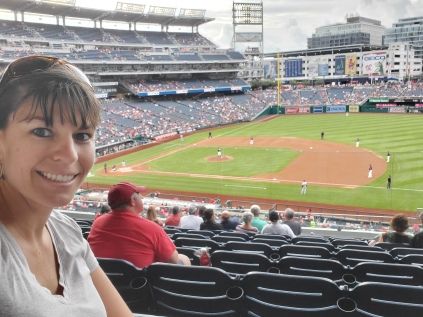 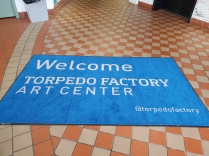 Wednesday morning, I was up bright and early to join in on a convention-arranged tour to Mount Vernon. I was fortunate enough to run into a few Florida MoMs I know from our state convention, and I enjoyed spending the time with them as we learned about Washington’s family life, careers, and saw various items that he owned (including his infamous dentures!). The lunch served at the Mount Vernon Inn was very good, and the cherry pie following the meal was perfection. Later that night, following the Opening Ceremonies, was a delightfully delicious dessert spread. Shortly after that was a rousing game of Family Feud! I had joined a team several weeks earlier and we ended up playing in the first of seven rounds. It was definitely tougher to come up with the “popular responses” to the questions, but I’m also not a regular viewer of the program. Still, it was fun to hear the answers everyone came up with all night! 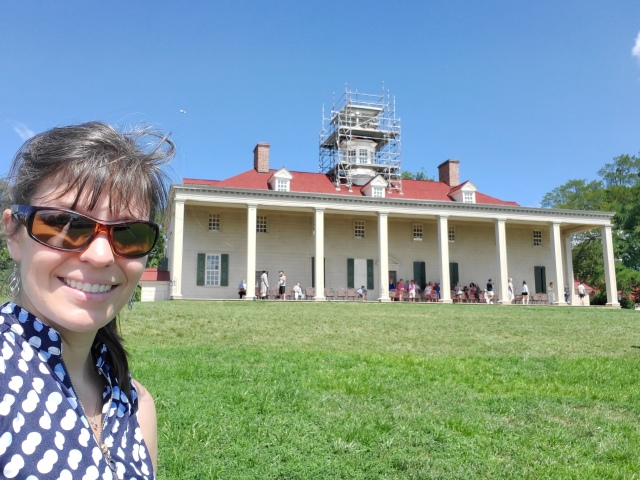 There was a window of time in the late morning/early afternoon on Thursday, so I went over to a little place called Meggrolls, which is known for their unusual concoctions cooked in eggrolls. I tried the chicken parm and the chorizo, and agreed both were fame-worthy! Next, I walked on over to the National Inventors Hall of Fame, which is at the US Patent Office. It only took about an hour to go through, but it’s free and definitely worth it.

Thursday night was a water taxi tour, which I hadn’t originally planned on doing, but decided to join after my other plans were falling apart. I wasn’t in love with the experience (probably because I’ve done a nighttime walking tour of the monuments before), but had a tasty dinner beforehand at Kissou, and some yummy ice cream from The Creamery immediately following – did you know that Alexandria is the Ice Cream Cone Capital of the United States? 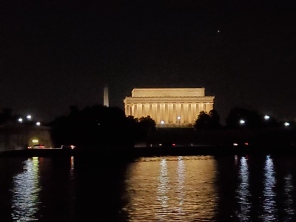 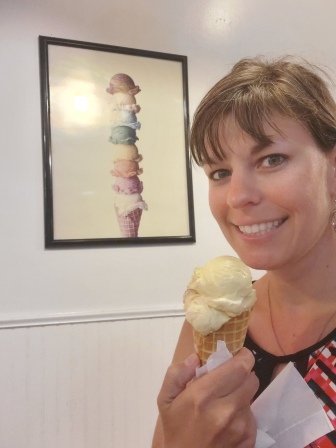 Friday’s fun came at the end of the night, with a party themed, “Red, White, and Blue!” There were a plethora of different interpretations of the best way to dress for that, which was good because some of the colorful wigs and loud outfits definitely balanced out my All-American, girl-next-door, fully-pleated dress, haha! The dance competition was also particularly fun to watch, and the snacks available balanced the activity well. Light-up bracelets with themed flower petals on them were available, and the DJ played a great variety of music to please the crowd.

My flight Sunday wasn’t until 2pm, so I walked over to visit the George Washington Masonic National Memorial after breakfast. This one wasn’t free, but it has elevators that travel on an incline and some fabulous history and beautiful architecture (with most of a floor dedicated to viewing the architecture of masonic temples around the country, actually). I timed my visit to coincide with a docent-led tour, allowing for not just informative descriptions but also access to additional floors than are otherwise available. The views from the top were particularly lovely, and I greatly enjoyed the costumes on display as well. 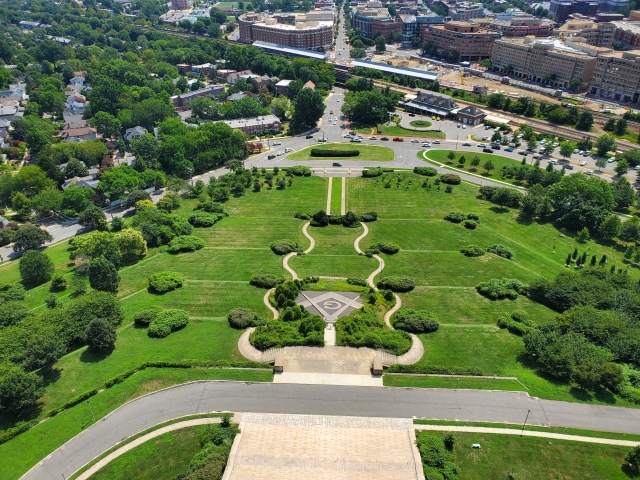 I was happy to have so many exciting activities to balance out the business of the convention, but look forward to sharing highlights about that part of the trip next!

One thought on “National Convention 2019: The Fun”