April is National Multiple Birth Awareness Month, and, across the country, local clubs celebrated in many ways. Some held events for the public. Some distributed information in public areas. One even made a Facebook profile frame for members to use. Space Coast Mothers of Multiples chose to do a social media campaign across whichever platforms members use most commonly. All month, members are encouraged to post stories, pictures, or facts about life with multiples, including the hashtags #AwarenessMultiplied and #scmom.

It is an interesting experiment – so many different tales are told, and the pictures being posted are priceless. About a dozen of our members took advantage of this opportunity to share more with friends and family about what it’s like to be a mother of multiples, an experience that not many have had. It also led to an increase in inquiries about our group, and we’re happy to report an exciting number of trial and honorary members are joining! 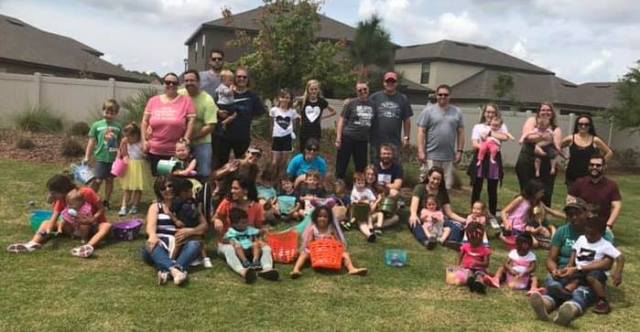 Space Coast Mothers of Multiples also put together a lovely gathering for our families to celebrate the arrival of spring. We had a picnic lunch and an egg hunt, plus enjoyed one another’s company while the kids played on the playground or with bubbles (always a hit!), hula hoops, sports balls, and more.

One thought on “#AwarenessMultiplied & Spring Picnic”